Here we can stay in touch and practice our languages even after the conference is over. You can do voice and video calls on Discord too! discord.gg/ThnQFgS

I also have an invisible illness server for anyone who’s interested in that: discord.gg/HNYa9jk 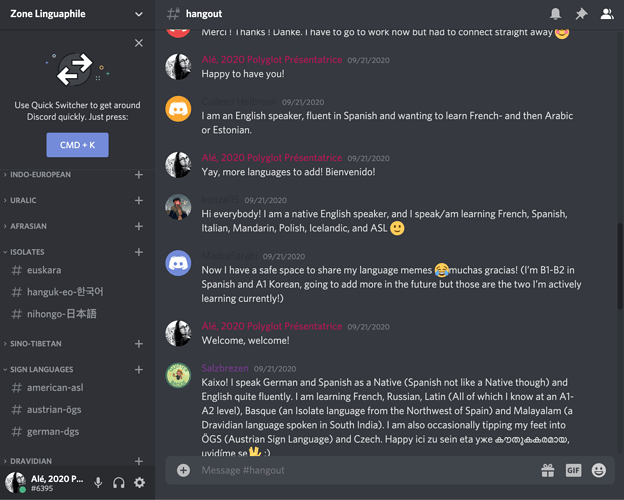 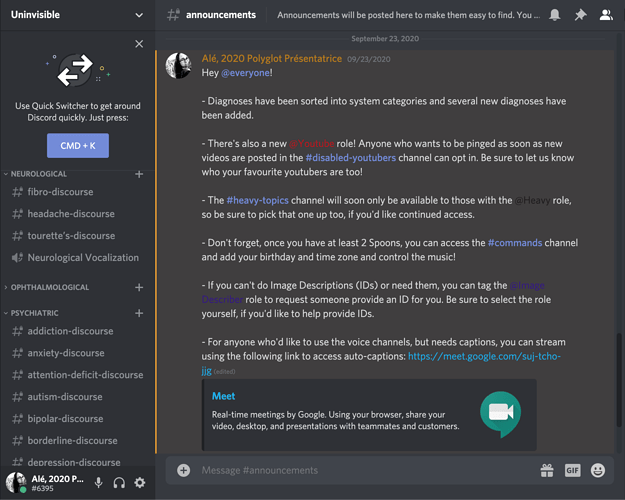 just signed up for it

Hey there Alésia. I wanna join. How do I do that?

Just follow the link of whichever server you want to join.

Thanks I appreciate it

The chat in the server was really active yesterday - just what I love to see!

What are your favourite language learning communities?
Alesia (Alésia Chevaleret) November 6, 2020, 11:47am #9

These are the languages channels have been set up and are ready to use. Each of these languages has it’s own channel where you can chat in that language anytime you like! Just choose your languages from the Roles Menu to gain access. Then click on the language channel on the left sidebar to see what’s up in those channels.

And new languages are being added all the time, so if you don’t see what you’re looking for, just let me know!

Hi! Are Thai and Vietnamese language channels available on the discord server?

Not yet, but they can def me added!

Sure! You just have to join and request them.